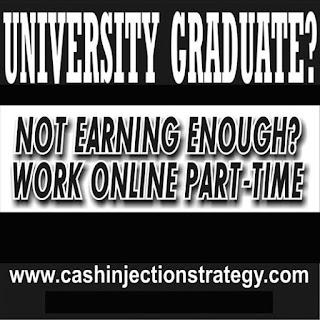 In my article How Online Income Opportunities Can Improve Your Finances in Declining African Economy, I delved more into the advantages of online income opportunities for people living in Africa. But today, I want to go a bit more global in my quest to helping you get that break in your in your life.

If you’ve ever desired to make money from home, then let me tell you this. It is absolutely possible and a lot of people just like you are earning a comfortable living without having to leave the house. It really is just a case of planning and structuring what it is you want to do with your skills to generate an income from the comfort of your own home. This article will offer tips on how to look to yourself AND your marketable skills to make extra money or EVEN an entire living working from home.

I can assure you, nothing is more refreshing than to get out of bed in the morning knowing that you don’t have to leave the house to go to work. That your workspace is inside your place of residence and that it pays the bills just like any regular job to which you would have to spend hours in traffic, perhaps, to get to. I have firsthand experience with this because I make money from home year in year out and I have absolutely no intention of quitting. Now let’s take a look at how you can make extra money working from home in the first place.

You’ll come across a minefield of income opportunities online. So beware. You cannot make fast money without putting in an ounce of work. It simply doesn’t work like that. So avoid the too-good-to-be-true schemes that will be popping up on your screen from time to time. There are some REAL jobs online that pay really well, and this is how to find what works for you.

First things first: What marketable skills do you have? I’ll throw you a couple of ideas to mull over. Are you good with graphic design; are you a skilled writer; are you a great editor; are you a skilled proofreader; are you a good tutor—with this you can allocate a room in your house to provide tuition. A lot of vocal coaches work from home very successfully, as do piano and guitar teachers all around the world. Are you a good web designer; fashion designer; accountant and so forth, you can provide such services to a growing demand for home-based workers regardless of your geographic location. Businesses are looking to cut their overheads, and as a result the outsource marketplace is quite literally booming. I hope these few examples help you realize the scope of your potential to make money from home.

So now let me show you a couple of simple steps to finding the ideal work-from-home job for you. You’ll need to find a marketplace for freelancers online, where you can sign-up for free to provide your services. You shouldn’t have to pay a single dime to join any of these freelance job marketplaces. They take a commission on your earnings. Period! I thought I’d better forewarn you on that. Another really exciting way to make money is with affiliate marketing, which is basically selling other peoples’ products for lucrative commission. However, this may take a while to kick in, so my advice to you is that you go for marketing your own skills for cash and while you’re at it, do the affiliate marketing thing on the side to increase your potential to make money from home. But be sure to keep an open mind and LEARN as much as you can. Internet marketing forums like The Warrior Forum are a really good place to mingle and learn from people who already make money fast using the internet.

Posted by Creative Spinner at 6:52 AM No comments: 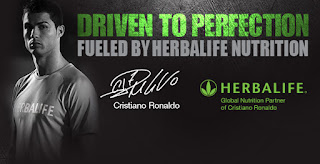 Herbalife, who became the official nutrition sponsor of Real Madrid’s Cristiano Ronaldo in 2013, has just agreed to pay $200 million to reimburse consumers who lost money on its nutrition supplements and to also make major changes in its sales and distribution practices, the Federal Trade Commission announced on Friday.

The five-year agreement with Ronaldo included global publicity rights and promotional activities, and Herbalife working with Ronaldo to develop his own personalized nutrition programme. The contract also provided the opportunity for them to work together in creating a co-branded range of sports nutrition products. Ronaldo’s name was added to a Herbalife sponsorship portfolio that already included FC Barcelona and Lionel Messi, who had signed a three-year, multi-million dollar agreement with Los Angeles-based Herbalife in 2010.

Ronaldo had said at the time: “I believe strongly in the importance of the right nutrition for me as an individual, both on and off the field. I am looking forward to working with Herbalife, as a company that shares my passion and brings such expertise and knowledge in the area of sports nutrition.”

The FTC had extremely tough words for Herbalife and made clear it sees many of its practices as deceptive.

"Herbalife is going to have to start operating legitimately, making only truthful claims about how much money its members are likely to make, and it will have to compensate consumers for the losses they have suffered as a result of what we charge are unfair and deceptive practices," said FTC Chairwoman Edith Ramirez.

The FTC filed a complaint accusing the company of deceiving consumers about how much money they could make selling its products, noting that most Herbalife distributors make no money at all.
But federal officials stopped short of calling the company a pyramid scheme and allowed it to keep operating. That was seen as a victory for the company on Wall Street, where Herbalife had become the target of a short-selling campaign by investor William Ackman. 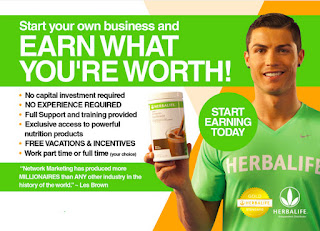 I was a Herbalife distributor for near enough 10 years, and if anything, making money with Herbalife—I can confirm—was pretty much tough going. The products are superb, there’s no doubt about that. In fact I learned everything I know about health and nutrition from Herbalife. And I would still be using their products if the country I live in now was a Herbalife country. In other words, did business in my country of residence. I’ve continued to take the best-nutrition-money-can-buy, using and combining other brands, such as Peak Nutrition and GNLD.

Now that things have pretty much come to a head for Herbalife, my mind is slowly drifting back to my Herbalife years. I remember this one incident when it came to light that some distributors who claimed to be successful in Herbalife, actually borrowed off their credit cards—many a time JUGGLING their plastic cards—only to maintain a certain ranking with the company in order to entice others to join their organization. It was absolutely crazy, to say the least. Now going back to this current scandal, among other things, the FTC said Herbalife would have to revamp its compensation system so that participants are rewarded for how much they sell, not simply for signing up new distributors. Back in the day when I was in Herbalife, it was more about retail. So a distributor would simply stock up on the products and retail them slowly, but then regardless of whether they cleared their stock or not, they’d be ordering MORE products at the end of the month just to maintain their ranking. Hence, recruiting others and compelling them to do the same would have, in the end (in my opinion), triggered this predicament for Herbalife, who are now having to compensate distributors a reported $200 million.

At least two-thirds of a participant's compensation must be based on actual sales that can be tracked and verified, the FTC said.

"This settlement will require Herbalife to fundamentally restructure its business so that participants are rewarded for what they sell, not how many people they recruit," Ramirez said.

"Moreover, the Company's management can now focus all of its energies on continuing to build the business and exploring strategic business opportunities," the statement said.

"The settlements are an acknowledgment that our business model is sound and underscore our confidence in our ability to move forward successfully, otherwise we would not have agreed to the terms," said chairman and CEO Michael O. Johnson.

Posted by Creative Spinner at 5:52 AM No comments: 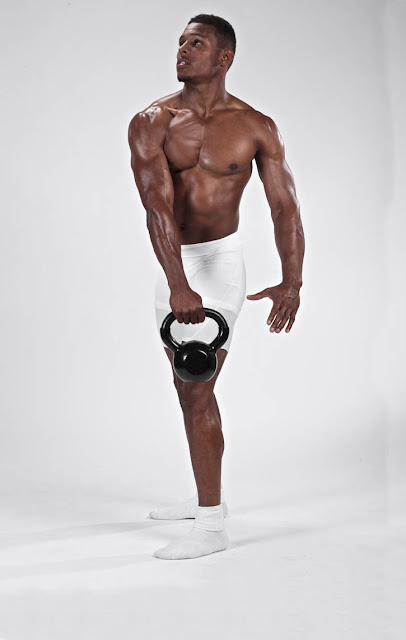 If you were trying to find the quickest way to a great physique for only minutes of training at a time, you’ll be amazed to discover just how quickly kettlebell workouts are able to completely transform your physique and level of fitness in no time at all. This article will aim to show you how fun and simple kettlebell swing workouts can be for you when you put your mind to it.

I only discovered the kettlebell a few years ago, but they’ve been around for longer than you can imagine. Kettlebells were developed in Russia in the 1700s, primarily for weighing crops. It is said that these farmers became stronger and found them useful for showing off their strength during festivals. The Soviet army went on to use kettlebells as part of their physical training and conditioning programs in the 20th century. They’d also been used for competition and sports throughout Russia and Europe since the 1940s.

A cast-iron or cast steel weight resembling a cannonball with a handle, the kettlebell is used to perform ballistic exercises that combine cardiovascular, strength and flexibility training. So it is easy to see how kettlebell workout swings will incorporate a multitude of muscle groups to help chisel your body to that perfectly defined Hollywood look. So let’s take a closer look at a couple of my favorite kettlebell swings. 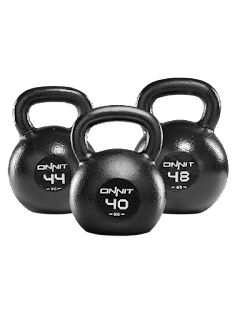 By their nature, typical kettlebell exercises build strength and endurance, particularly in the lower back, legs, and shoulders, and increase grip strength. The basic movements, such as the swing, snatch, and the clean and jerk, engage the entire body at once, and in a way that mimics real world activities such as shoveling or farm work. I’ve set up my home gym in my garden—in the open, where I have my own custom built workout station where I use my own body weight for resistance. In the same location, I have a designated spot on the ground where I would do my kettlebell workouts. There is a 20 minute workout (or thereabouts) that I really enjoy doing. This routine is an excellent cardio and resistance training combination that will burn fat and build muscle really quickly. 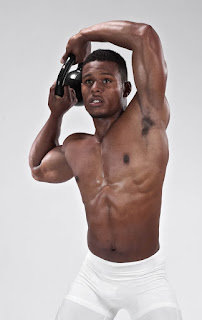 Holding a kettlebell with both hands, perform a snatch and swing movement thrusting with your hips with arms fully extended, to bring the kettlebell just a little bit above your forehead. Do ten swings, and then put the kettlebell back on the ground and immediately drop to squat on the ground landing with both hands spread out in front of you in push-up position, and then kick both legs back to align your body in a plank push-up position and then immediately bring them back to the start position and jump. Repeat this ten times, and then go back to the kettlebell swings, dropping the number of swings to nine and subsequently nine reps on the ground as you did with the ten. Continue this pattern until you’re down to just one rep each. And that’s it! You’ll be so exhausted and you’ll feel the burn and reap the benefits over time. If you want to know why Gaining 20 pounds of muscle is NOT impressive if 15 pounds of that is on your butt, thighs, and waist Click Here!

To your kettlebell workout fitness,

Anthony J. Namata
Blockbuster Articles
Posted by Creative Spinner at 6:36 AM No comments: