Walking Safaris in the Footsteps Of Famous Explorers

Designated a UNESCO World heritage Site in 1982, the Selous game reserve in Tanzania has a very diverse wildlife and virtually undisturbed nature. Named after Englishman Sir Frederick Selous, the reserve is one of the largest faunal reserves of the world.

So picture this: A walking safari in a reserve area that spans 54,600 km² (21,081 square miles) and has a history of famous explorers, hunters and conservationists dating as far back as 1879. Wouldn’t that be extraordinary? Well, this article will aim to shed some light on some of the best walking safari opportunities Tanzania has to offer.

Sir Frederick Selous died at Beho Beho, a territory in the Selous, in 1917 while fighting against the Germans during World War I. Keith Johnston, a Scottish explorer, died in Beho Beho in 1879 leading a RSGS expedition to the Great Lakes of Africa with Joseph Thomson. Walking can be great fun, and when you know you’re stepping into an African wilderness steeped in history, even more so.

A walking safari in this part of the world is the perfect escape from the modern world -- with its vehicles for transportation -- to the old way of getting around, as did the explorers, on foot.  Imagine reliving the experiences of some of the world’s greatest explorers. I’m sure you will agree, just the thought of it is so tempting. Walking gets you closer to nature, in fact. You’ll get to see places you wouldn’t see from a vehicle; watch animals at close range without them even being aware of your presence. And by night you’ll take refuge in a fly-camp; enjoy hot bucket showers; and hot homemade meals around a camp fire. The adventure can be thrilling.

And don’t you worry about the mosquitoes, sleeping units are equipped with mosquito nets; and for your walkabouts, there’s always the repellent creams and sprays to help keep them at bay. The best time to go on a walking safari in the Selous is from June to October. The rest of the year is unbearably hot and uncomfortable to walk.

In Summary: There are more ways than one to enjoy a safari in Tanzania. Walking is one full-of-adventure way of taking in the deepest African wilderness, where vehicles have absolutely no access, and natural habitat is so close you can touch it. Unlike the minibus tours that are, sadly, commonplace in the tourist circuit, walking safaris do away with the vehicles to take you deeper into the wilderness.

In Tanzania’s southern circuit Selous, where great explorers, hunters and conservationists set foot as far back as 1879 before us, is undoubtedly an idyllic location to experience Africa in its most natural. Travel to the Selous begins in Dar es salaam and heads south. You’ll have the option to fly there in light aircraft, or travel by road or by train.

For more information on what’s on offer and where to stay en-route to your walking expedition when you get there, make sure you consult your tour operator and make advance bookings as early as possible, bearing in mind that the best time to go on a walking safari in the Selous is from June to October. The rest of the year is unbearably hot and uncomfortable to walk. 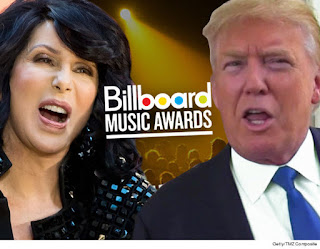 Cher absolutely reviles Donald Trump and simply can't resist going after him Meryl Streep-style, at least that's the worry of Billboard producers who worry her acceptance speech could turn tawdry with the use of profane language to vent her anger and contempt for the President of the United States.

Production sources told TMZ ... they're dealing with what they believe is the inevitable -- Cher hates Donald Trump with a passion and will go on the attack Sunday night when she receives the Icon Award.

Here's the dilemma ... producers at Dick Clark Productions don't want to cut Cher's mic, because it will look like censorship and possibly even a pro-Trump move. It could also piss off the anti-Trump audience.

The flip side ... if Cher unleashes her considerable vocabulary of forbidden words, ABC could be in hot water with the FCC and then take it out on DCP.

Cher -- who is set to perform at her first award show in 15 years -- has been vocally against Trump, and has called him an obnoxious asshole and  a "f***ing" idiot. She also said, "He wants the adulation. He doesn't give a s**t about the work."

Posted by Creative Spinner at 8:42 AM No comments: 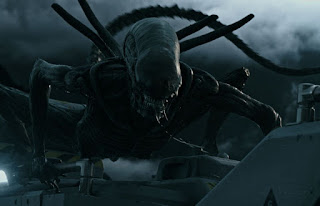 I've been a sci-fi junkie for as long as I can remember, and I would devour anything alien and Scary, as it were. That being said, Michael Fassbender playing a hyperintelligent android stuck in an existential quandary, or a monster with lots of claws and teeth and acid for blood makes the movie Alien: Covenant even scarier.

Well, we've seen the monster before, picking off spaceship crew members one by one in Ridley Scott's "Alien" (1979), swarming frightfully en masse in James Cameron's "Aliens" (1986) and being far less effectively scary in several other, lesser sequels.

Reading a riveting film review by John Serba on Alien: Covenant, that trails back to its predecessor, talks about Fassbender's unsettling artificial human, David, before, in 2012's "Prometheus," and his return for the follow-up "Alien: Covenant," which is the second in a trilogy set prior to the events of "Alien."

In his review, Serba asserts: the two new films, with middling results, director Ridley Scott wants this series to be more than just another bug hunt. Yet, that ambition is a narrative detriment, an awkward marriage between intellectual exercise and suspenseful creature feature. That isn't to say combining the two elements is impossible; it's just poorly executed here, the "Covenant" screenplay begging for another draft or three to work out its multiple lapses in logic and integrate its grandiose ideas into the subtext, rather than smacking us on the nose with them. Read the full article here!

Upgrade both your home entertainment system and your computer’s media center with myMoviePass. Download the films that take full advantage of your home theatre. Watch the movies that promise to add a little more drama, humor, intrigue, suspense and mystery into your life! Get the most from your movies with enhanced, high-rez visuals and clean, super-crisp sound.Brand New Movie Download Site Click Here!

Thank you for checking out my blog!

Anthony J. Namata
Posted by Creative Spinner at 6:53 AM No comments: