Get to Know the Different Routes for Climbing Mount Kilimanjaro 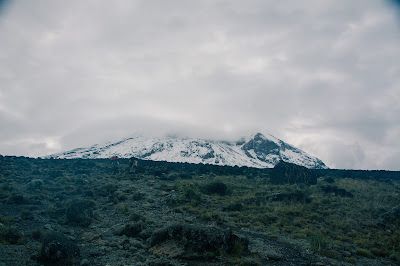 If you were wondering how many routes there are to climbing Mount Kilimanjaro, this article will take you through the seven established routes. Because selecting a route is a pretty tough choice for most, to find the best route to climbing Kilimanjaro, you’ll want to consider the route's scenery, difficulty, foot traffic and its altitude acclimatization characteristics. The following are routes to choose from: Marangu, Machame, Lemosho, Shira, Rongai, Northern Circuit and Umbwe. The Marangu, Machame, and Umbwe routes all approach from the south of the mountain, with the Mweka route being used only for descending the mountain. The Lemosho, Shira and Northern Circuit routes approach the mountain from the west, while the Rongai route approaches from the north.

To help you decide the route that’s most suitable for you, you might want to look at some estimates in terms of percentage, on the routes tourists climbing Kilimanjaro take. The Machame route will be taken by 45% of tourists, whilst the Marangu route takes 40%. Lemosho is on 8%, Rongai 5%, Shira 1%, and the Northern Circuit shares 0% with Umbwe. Generally, the way to determine the most popular routes is by looking at those with the most favorable combination of high success rates, excellent scenery, and low foot traffic.

Otherwise known as the "Coca-Cola" route, the Marangu route is a classic Mount Kilimanjaro trek. It is certainly the oldest and most well established route. This particular route is favored by many because it is considered to be the easiest path on the mountain, given its gradual slope. It is also the only route which offers sleeping huts in dormitory style accommodations.

The minimum number of days required to climb Mount Kilimanjaro via this route is five, although the probability of successfully reaching the top in that time period is quite low. It is also highly recommended that you spend an extra day acclimatizing when climbing Kilimanjaro using the Marangu route.

Yes, the Marangu route is immensely popular but operators tend to avoid leading climbs on the Marangu route. The reason being, the route has the least scenic variety of all the routes because the ascent and descent are done on the same path, which makes it the most crowded route for that reason. Marangu is a favorable route during the rainy season, where hut accommodations are preferred over wet ground; and for those with five days to kill climbing Mount Kilimanjaro. Otherwise, the Marangu route is considered a poor choice. If you were a little puzzled as to what route to take up Africa’s highest mountain, I’m sure this article has shed some light on the options available.

About the Author: Anthony J. Namata is a creative travel writer who blogs at Blockbuster-Articles.com, and writes exclusively for tour operators on safari destination Tanzania. For more information on booking a Kilimanjaro climb in Tanzania, visit: www.travelpartners.co.tz

Posted by Creative Spinner at 5:27 AM