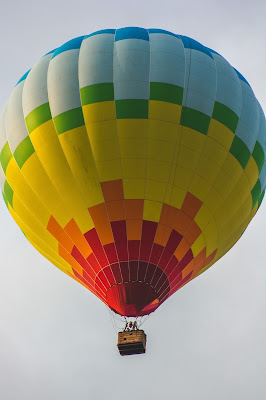 On the 19th of September 1783, a scientist by the name Pilatre De Rozier launched the very first hot air balloon christened 'Aerostat Reveillon'. For obvious reasons, the passengers on this particular voyage were a sheep, a duck and a rooster. The balloon managed 15 minutes in the air before plummeting back to earth with a resounding crash. The first manned attempt came about two months later, on November 21st, with a balloon built by two French brothers, Joseph and Etienne Montgolfier. Launched from the center of Paris, the balloon flew for twenty minutes. And that was the birth of hot air ballooning! If you’ve ever desired a trip on the balloon over the natural habitat and beauty of African game, this article will help you explore what to expect on a Serengeti balloon safari centuries after the first flight.

What’s rather fascinating about the hot air balloon is that centuries after it was first invented, it is still flying and luring in more and more enthusiasts. It makes you wonder: there’s got to be something incredibly special about it. Novelist Jules Verne, generally considered a major literary author in France and most of Europe in the 1800s, dreamed of flying in a balloon, but it wasn’t until 1962 when his dream became a reality with a few balloon safari organizations springing up in East Africa, all of whom expressing plans to review their balloon safari offers to accommodate more enthusiasts.
Considered a breathtaking experience, flying in a balloon serves as a great opportunity to see wildlife, awe-inspiring landscapes, and cascading mountains and rivers from an aerial view. Since its birth in East Africa in the 1960s, millions have engaged in the adventure over the years.  According to historians, balloon safaris all began some 100 years after Jules Verne wrote his book “Five weeks in a Balloon”.

Their desires, however, didn’t end there. In January 1976, Smith felt that people visiting the Maasai Mara could enjoy picturesque views from a hot air balloon. After the first flight took off that year from Keekorok Lodge in the Mara, thousands have since taken notes on the wildlife they saw from the skies, right across the region, including the breathtaking wonders of the Great Serengeti.

About the Author: Anthony J. Namata is a creative travel writer who blogs at Blockbuster-Articles.com, and writes exclusively for tour operators on safari destination Tanzania. For more information on booking a hot air balloon safari in Tanzania’s Serengeti, visit: www.travelpartners.co.tz

Posted by Creative Spinner at 5:13 AM